Civil society as a theater of the incommunicability between human beings. Feelings such as envy, hatred and indifference represent the gall that poisons relationships and they manifest themselves through verbal violence that wears down and drags the human nature to the decline. Sincere communication does not need empty words: true feelings grow in silence and represent the hope of a new life.

Fuoco lento: Quickly burn out or slowly fade away?
Icaro: The envious man who believes to be a god shows all its fragility when comes before the true Sun.
Sete: Primal instinct, body language: pure passion.
Un Minuto: An appointment with your own muse: face to face with the Inspiration.
Disicanto: The struggle between what we are and what we want to be.
Sentinella: A cry of pain against all wars.
Controsenso: To have the courage to go against a system in decline.
Attimi: Some memories are always quite hurtful.
Un Uomo Fragile: A man knowingly accepts its End.
Occhi Di Cielo: Technological alienation in the face of feelings.
Poche Parole: When words lead you towards extreme choices.
Requiem: To open your heart to a person only when she is no longer.
Romantica Poesia: When there is understanding, words are not necessary. The communication of a new life.

The history of Sibilya begins in early 2006 when the rock band D.G.I., formed by Davide Sgualdini on drums and keyboards, Gianluca Menchi on bass and Ivan Sgualdini on guitar, decided to form a band to fully exploit the great potential of singer Matt Siddi, who starred in a leading role in the rock opera Checkmate.
In this sense, the commitment, dedication and enthusiasm that lavish from all the members in equal measure, in addition to being crucial to the growth of a musical feeling already evident, it offers a glimpse from the outset of what will be the path beaten from the four rockers of Cagliari: an alchemy of intent, notes, words and ideas that is at the service of the common desire to give life, musically speaking, to a communication experience that can draw from the daily dynamics (often contradictory) expressed by modern society.
The birth of Sibilya, therefore, is inextricably linked to the attempt to retrieve the most genuine sides of rock music that have always represented the backbone of a genre that in the past has made us dream precisely because of its ability to evoke what is other than itself, through the lights and shadows that projected in a sincere manner. For this reason, the name of the band refers to the mythological figure of the Sibyl who represented the voice inspired by the transcendent, able to communicate small and great truths on concrete aspects of life: an authentic life, which nevertheless suffers from an obvious and dragged existence of the world and for the circumstances that seems to devour it.
The first full-length album of the band self-titled ‘Sibilya’ develops in 13 previously unreleased tracks plus a cover ‘Touch Me (I Want Your Body)’ originally sung by Samantha Fox. The album lyrics identify civil society as a theater of the incommunicability between human beings. Feelings such as envy, hatred and indifference represent the gall that poisons relationships and they manifest themselves through verbal violence that wears down and drag the human nature to the decline. Sincere communication does not need empty words: true feelings grow in silence and represent the hope of a new life.

I have known Davide’s accurate attention to details since I started recording professionally with him when I was 27 years old. I can only say that you will rarely find a person who takes you to the core of your ideas in such a short frame of time and succesfully. Artistic delivery is an extremely delicate and difficult process and Davide knows well how to use ears and advice. All the instruments involved in the songs he works on become never orphans. He gives you a mark that helps your musical world last regretless with the passing of time. If you’re a serious, interesting musician you should really give your projects under his wing. 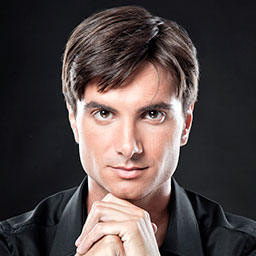 Davide’s attention to detail is second to none, that’s why I totally trust him for my projects. If you’re aiming for a great and professional sound, Studio LaMorte is your choice!