”Chemical Compositions” is the solo album by Michael Harris, published in 2022.

IMMINENT MUSIC FORCE is proud to announce the release of “Chemical Compositions”, the new instrumental album from Michael Harris. Michael has been very well established as a composer, guitarist, and global recording artist for 3 decades, based on his previous 7 solo releases, as well as his bands, Arch Rival, Darkology, and Thought Chamber.

“Chemical Compositions” features Michael on all guitars & keyboards; his brother Brian Harris on drums; and both Jeff Plant (Thought Chamber) and Adam Nitti on bass. Stylistically, Michael describes the record as “tri-fusion” – a powerhouse blend of rock, jazz, and blues. Listeners will also find a fine display of acoustic, prog, and even funk on this record.

As on all of Michael’s recordings, the musicianship is top notch here, with his cast each delivering an exceptional performance. As the title implies, Michael again puts paramount importance to his compositions. From the opening energy of “Nuclear Tri-Fusion”, and the infectious melodies & groove of “Earth Elements”, to “Surface Tension” (which, after an emotive lead guitar intro, offers a little bit of everything musically), Michael then morphs into the vast and soothing palette of “Anti-Gravity”, followed by “Nitro Burn Down” (an up-tempo scorcher), and the progressive insanity of “Augmentia”. The final quartet of tunes on the record begin with the contagious swing of “The Acid Jazz Trip”, followed by a turbo charged remake of Michael’s own “Identity Crisis”, the simple and soulful melodies of “Resonance”, and lastly, “Dopamine Swing”, a veritable chops-laden mélange of shuffle, funk, and prog.

With the release of “Chemical Compositions”, Michael Harris has again proven to be a world class force as composer, guitarist, & recording artist, having created yet another highly impressive blend of songcraft, chops, and commanding grooves for your listening enjoyment.

Immediately upon meeting Davide, I could tell he had the knowledge, work ethic, and enthusiasm that I needed to mix my record. He stayed in touch during the whole process and was very attentive to detail and insistent that myself and brother Brian were pleased with the results every step of the way. Beyond having a fabulous ear for all instruments, Davide truly enjoys what he does, and it shows! 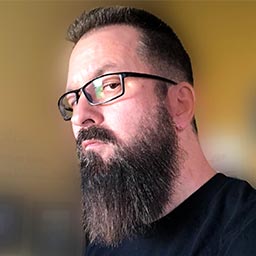 I worked with Davide on my brother Michael Harris’s album “Chemical Compositions”. I was already familiar with Davide’s work on an Antoine Fafard album and was very impressed with the overall mix, and of course the tone of the drums. So when my brother told me that he had hired Davide to mix his album, excited was an understatement. I remember the first mix of a song that we received from Davide and thinking “how could it get any better?”, And then he followed up a day or so later with another mix of the same song for us to compare, to see which mix we liked better, and yes, it was even better than the first mix. I’ve played on over 20 albums in my career and by far this is the best my drums have ever sounded. Huge! With Davide being a drummer himself, he knows how to get big killer drum tones that don’t sound fake. That being said, the drums really cut through on the mix but do not bury anything. Davide was able to bring out every instrument on this recording in an incredible way. He’s got a great ear, a great attitude, great suggestions while mixing, and is willing to put 100% of his talent and knowledge into the mix, and won’t stop until you are happy. Thanks Davide! Hope to do this again!