PHOTOGRAPHY AND BOOKLET BY DAVIDE SGUALDINI

HAVE YOU EVER LISTEN TO A CHESS MATCH WHERE HUMAN NATURE IS IN CHECK?

Checkmate is a new musical experience: 14 artists creatively join together in the ambitious project of interpreting, in their own way, the complex struggle of opposites, yin and yang, choosing as theatre piece the progressing of a simple but addicting chess game.

This rock opera presents to the public 37 new compositions contained in an about two hours long double CD that blends many musical genres ranging from progressive rock of the ‘70s to the modern alternative metal. These, often drastic, style changes from one song to the other are the perfect tool that allows this concept album to better express the pathos of changing events, but even so it still retains the conductive imprint of D.G.I., an acronym that stands for the three composers of this work (Davide Sgualdini, Gianluca Menchi and Ivan Sgualdini).

Checkmate’s plot develops around the three main characters, King, Queen and Pawn, and tells the vicissitudes of a particularly difficult period of time of their lives. They interact with other chess pieces as well as with two metaphysical entities named after the opposite colors Black and White.

The chessboard, symbol of a life full of contradictions lived by clear rules, is the ideal stage to portray human nature and its endless fight with the inward conflicts. Thereupon, pawn’s story becomes the story of all the pawns and all the chessboards in the world, where the chance to change its color from black to white depends on prevalent feelings expressed in every single experienced moment, but this chance of changing can also be caused by the inspirations coming from the metaphysical entities which represent the human nature extremes: they talk to the Minds, whisper to the Hearts, suggest actions but even so, these entities don’t make the characters slaves to the game rules, on the contrary, they question them and make the game more complex and fascinating.
Checkmate highlights the strength of the Love feeling opposed to Reason meant as the wide range of unchanging rules that humankind creates to have the illusion of controlling a Universe otherwise unpredictable. A love inspired in a dual way that takes shape continuously in its eclecticism, whether it is expressed by self-respect or delusions of grandeur, free love or jealous love, fatherly bond or disownment, love for life or life disdain.

D.G.I. is a rock band formed in Cagliari (Italy) in June 2005 from the need of the 3 members, Davide Sgualdini (drums and percussions, keyboards), Gianluca Menchi (bass guitar) and Ivan Sgualdini (guitars) to give vent to their musical creativity in the form of rock operas.
Since experimentation plays a major role in the compositions of D.G.I., many musical genres could be found in their songs, but the main ones are heavy metal and hard rock.
The band often collaborates with other artists, mainly singers, to complete its songs.

Songs from ACT I 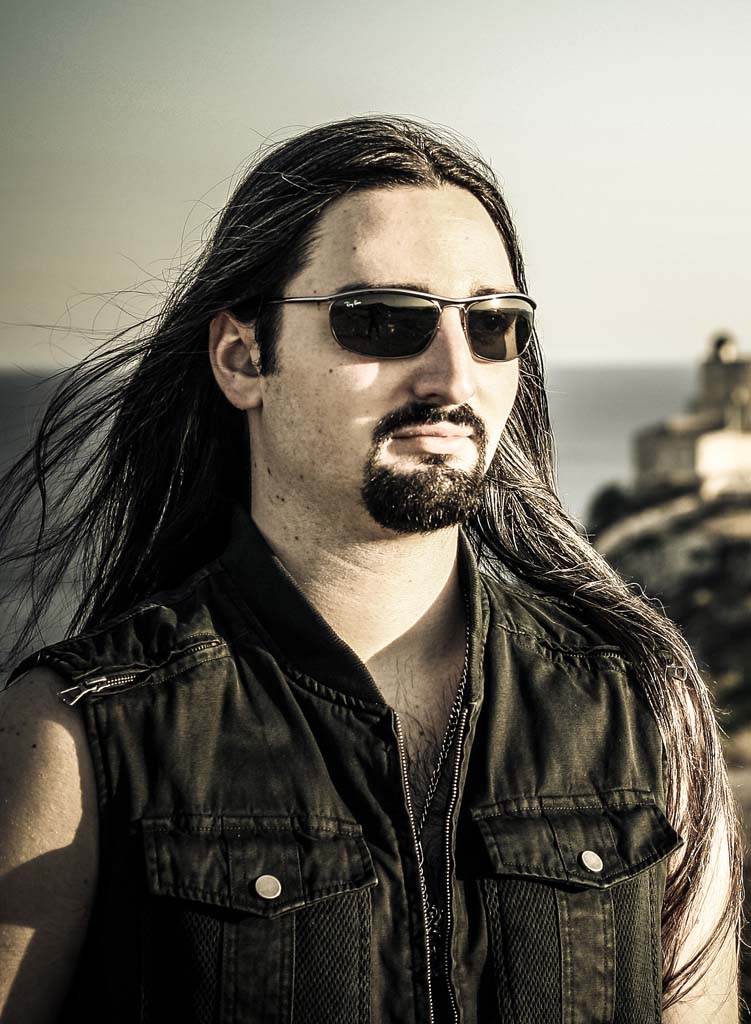 This project has been by far the most intensive and lengthy of my works up until now; it won’t be easy to beat it in complexity and devotion, but I sure hope there will be others just like this one in a near future… I already have plenty of new ideas that I can’t wait to explore!!! I want to thank all the people that supported me, especially Simona which had to put up with my crazy hours, always recording and fixing and mixing and whining about this and that; also my parents, for letting me use half a floor of their house to do exactly all of that just sad. G. and I.: my guitars, my soul, my brothers; I can’t imagine a Checkmate without you guys, all your ideas and all the fun that we shared composing and recording together won’t be ever forgotten. To all the interpreters: thank you, thank you, thank you; I picked up each one of you with an idea in mind and you helped me making it real; thank you for putting up with my usual “mmm… it’s good, but it’s not enough: you can (have to) do better than this!”. To all the singers that didn’t make it out of the auditions: thank you for your time and good will! I hope you approve my choices of the definitive cast. And last but not least a special thanks goes to the members of “the testing audience” in the final stages of the production: David, Michael, Andrea, Simona, Fabio & Eleonora, Daniele & Barbara, Nicola & Eleonora and Claudio; your feedback were all precious and very helpful!! 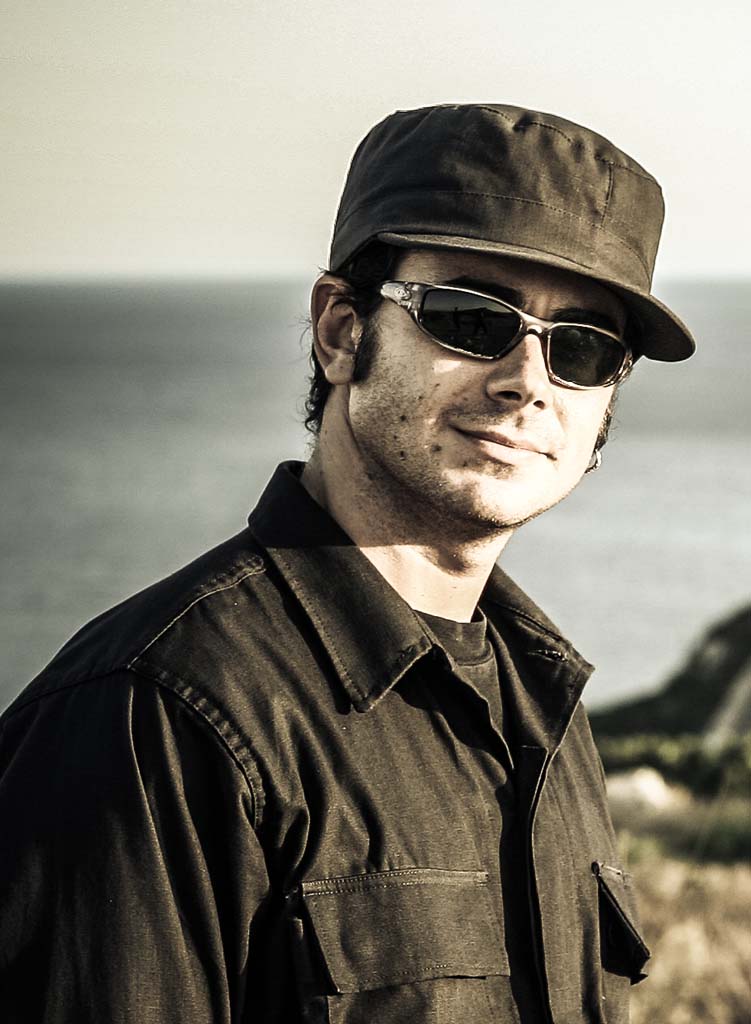 Checkmate has been the most beautiful chess game that I have ever played! What remains at the end of this fantastic musical adventure? Everything that Life presents me every day: Love, Pride, Anger, Hope, Friendship. I thank Davide with all my heart: you have been to me a constant source of inspiration and being able to share with you thoughts, words and bass riffs is a source of great pride. Ivan, your every note has made this story “magic”. I adore you: I will always be your first fan! Congratulations also to Matt, another great Friend that I could meet thanks to Checkmate. A huge hug goes to all the other performers of this rock opera: You have been wonderful and I can not wait to meet you all! The voices of your characters rouse in me so many emotions. Finally, “Checkmate” is an animal alive and ready to challenge the Natural Selection that seems to lead the world… But Love you know, can do great things… That’s what Checkmate has taught me: rules are not written into stone. Through Love any man is capable of breaking all barriers and become Free! Why not give it a try? Kisses 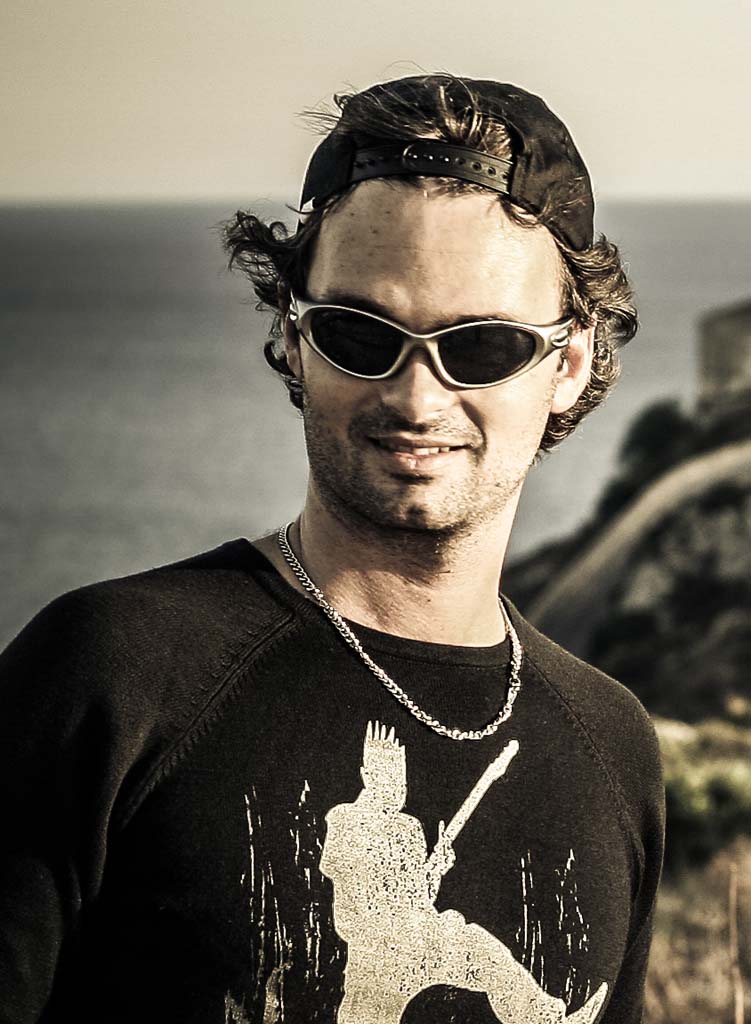 Checkmate has been for me an incredible adventure, experienced together with the extraordinary Davide and Gianluca with whom I have worked with enthusiasm, serenity and joy. In this double album, I had the opportunity to express a great deal of creativity, ranging from a variety of musical genres, instruments and singers who have supported the magic of Checkmate. One of the most fascinating challenges was that I had to blindly compose and record all guitar parts of each song before knowing what singer would have later actually sung it.. often there wasn’t even any melody yet! Since the demo tracks were composed much before the cast and lyrics were defined, most of the vocals were often drafted by Gianluca and Davide… with some “bizarre” results at best! It was amazing to listen later to the complete songs with the voices of the current cast and finding out how everything fits together! My special thanks goes to Davide that has allowed the realization of this dream, thanks to his technical and professional skills, as well as his strong will to complete this amazing rock opera!

We wish to thank all the people that made this album possible, our families, friends, fans and everyone that support us day by day. It has been quite a long journey, but now that we can listen to the complete product of our work we have no doubt that it was well worth it and we’re proud of the result. To all our fans that we kept waiting… here it is, this is Checkmate. 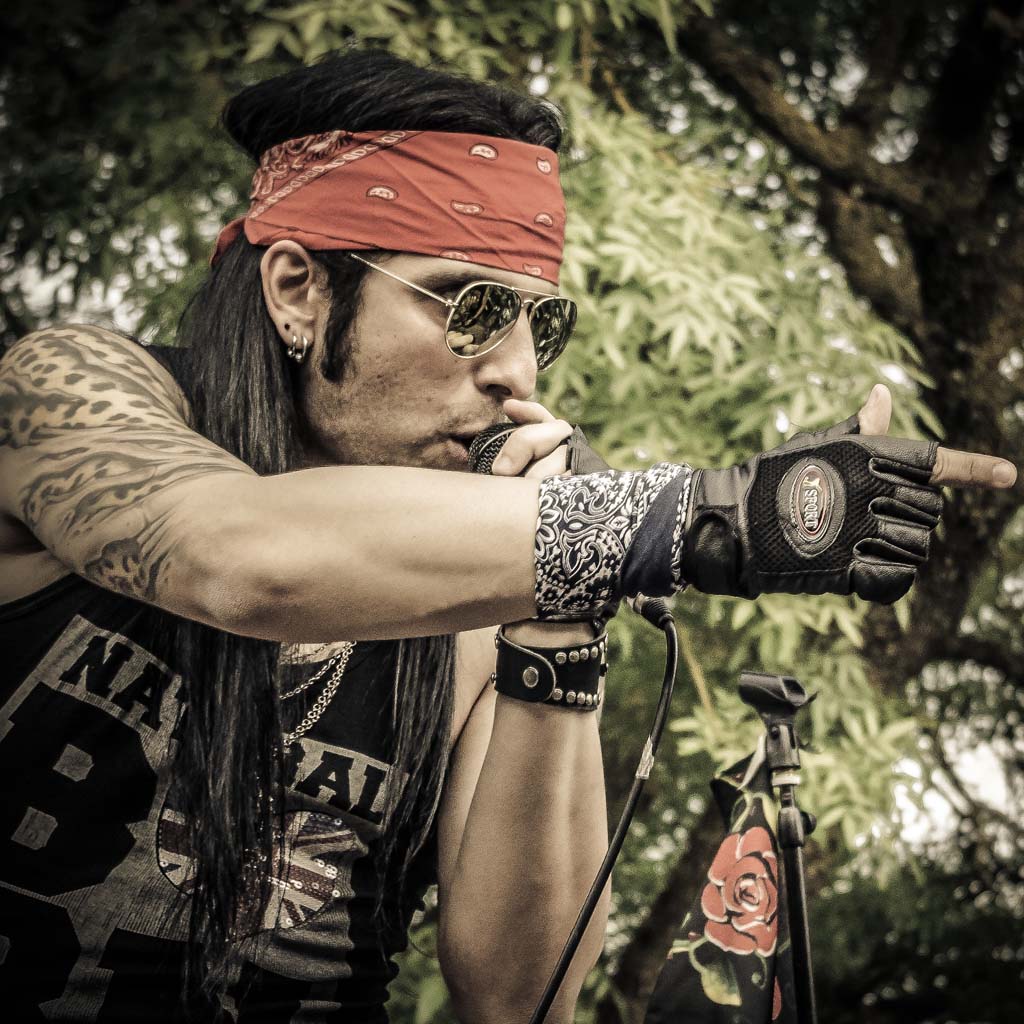 This is one of the earliest composing experience of my life.. I was a young guy when i joined this project. It was a long time ago, but I am still excited about the idea that all of this came to an end. These guys became my bandmates for a long time and we shared so much togheter in the merry-go-round. I do love DGI’s members as brothers, so I wish this project all the best. 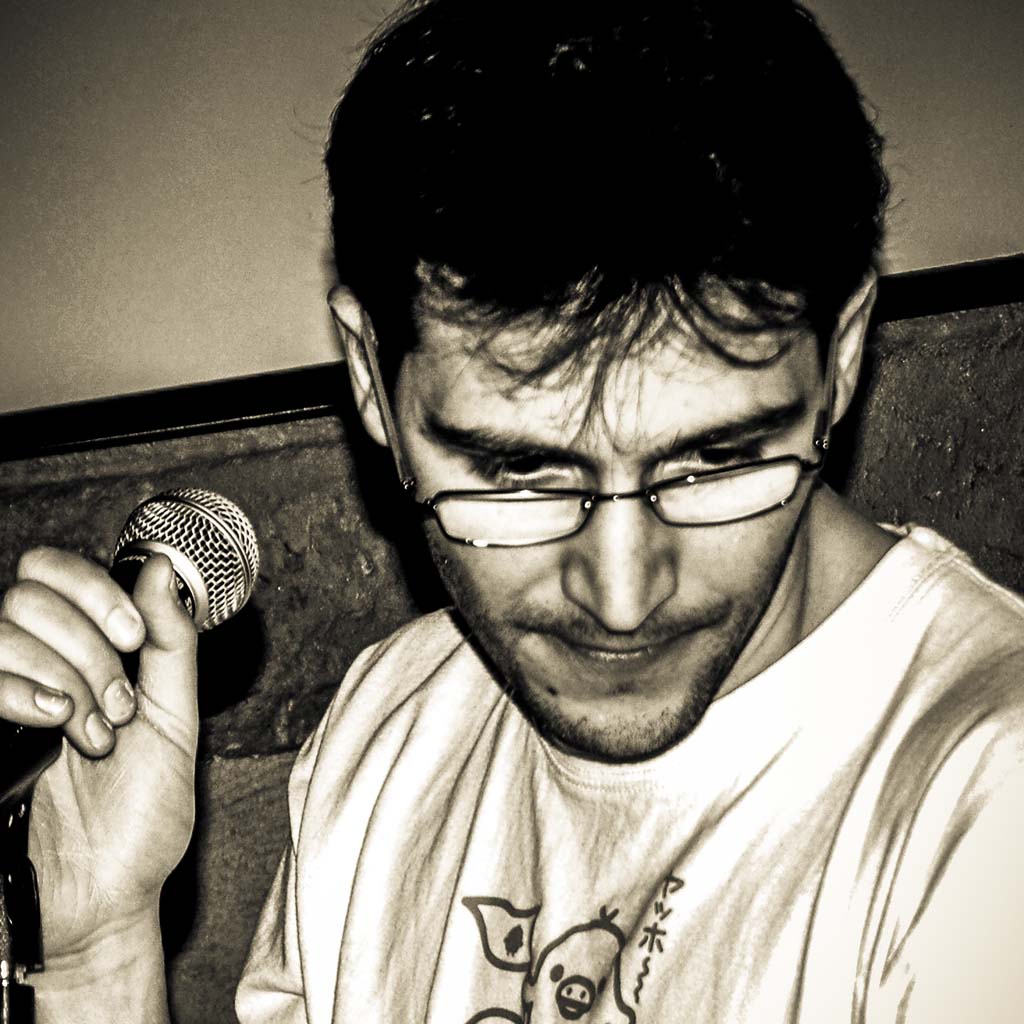 Checkmate is a work to read and understand in order to appreciate each musical choice. For some of its shades I could define it “cinematic”. Nothing was left to chance. Singing wasn’t enough: I had to be pissed off for real! Oh.. and if you think that I can actually lose, you don’t understand s**t! 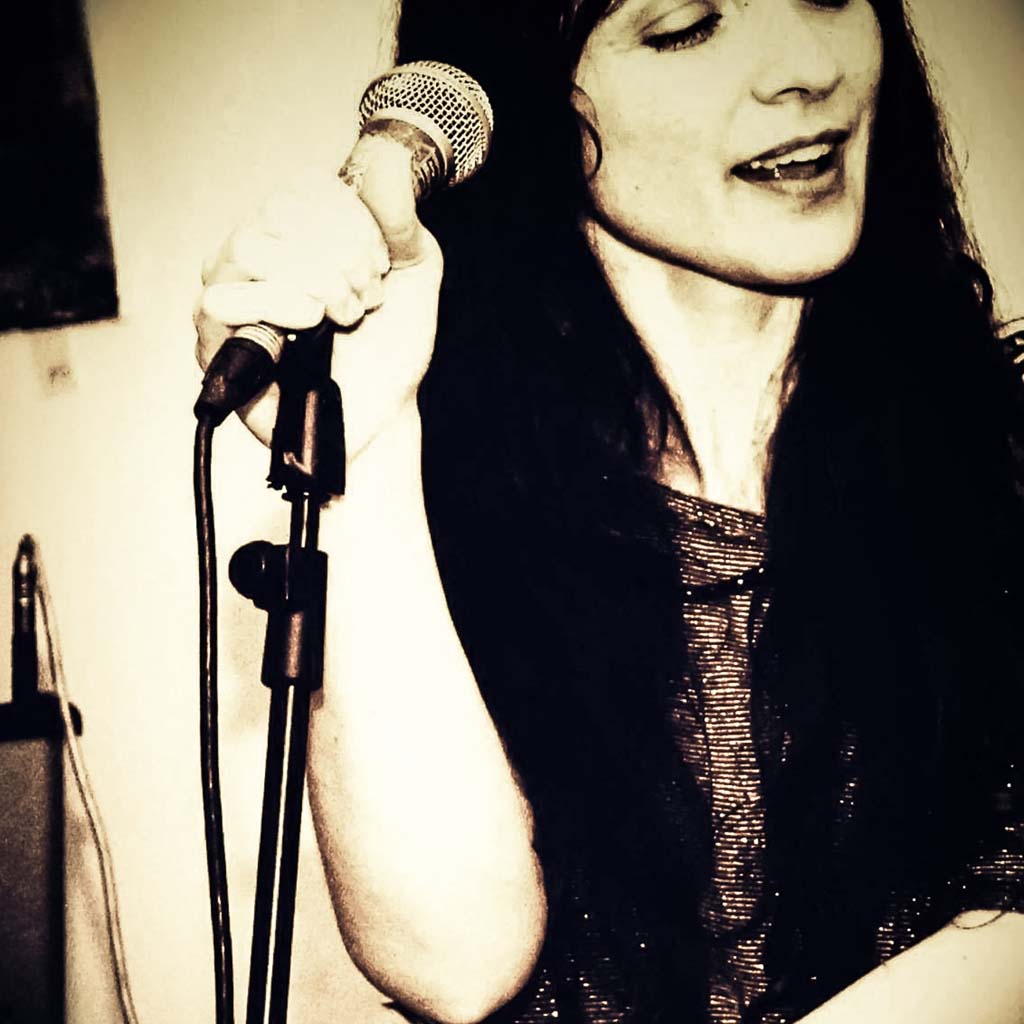 Working in the cast was a great experience. The interpretation that I tried to give to my character was far from easy for me… it challenged my musical instinct in a very positive way, though sometimes the content required a real commitment of heart and mind. Even if it was hard work, recording was very exciting for me and I feel it helped me to grow as an artist! 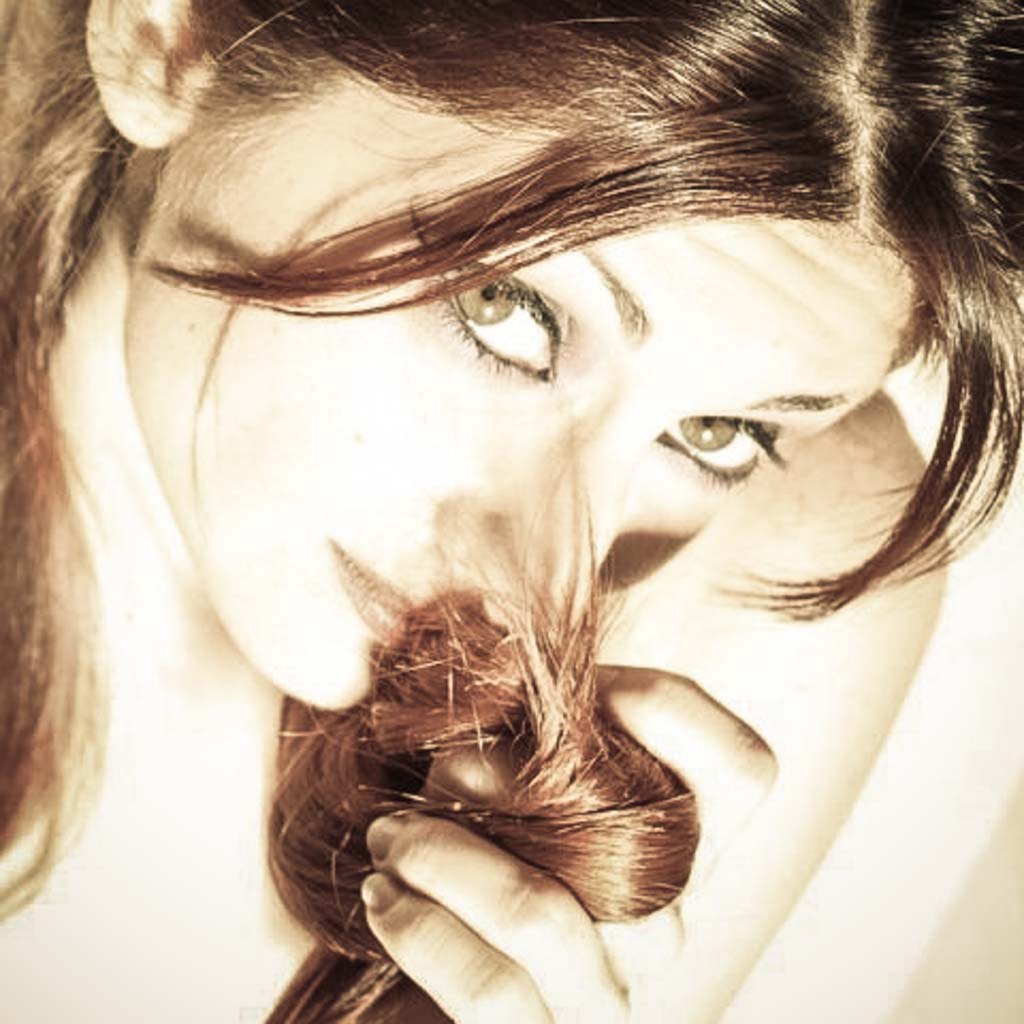 It took many years for the project to take form and I enjoyed being a part of it. I think working with D.G.I. helped me testing myself and my voice, through the long recording sessions, and also by helping with the lyrics-writing having a specific subject to follow. Davide made lots of behind-the-scenes videos… I wonder if they will ever come out!?? Scary!! 😉 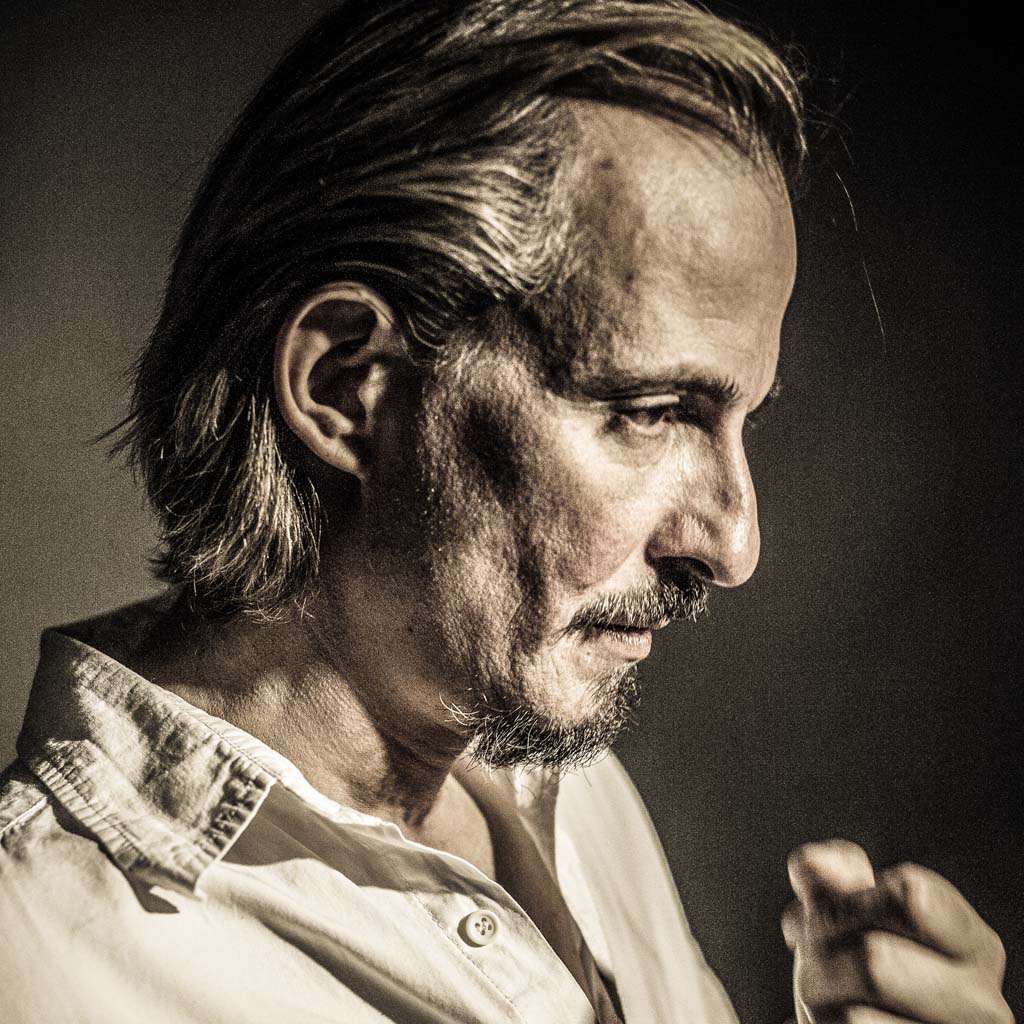 As an actor and singer, what thrilled me most about Checkmate was the complexity of the story behind it. Though he had already defined almost every aspect of the story, Davide was imaginative and very open minded in working with me for the narrative parts. It was gratifying, amusing and an absolute honour to take part in this project. 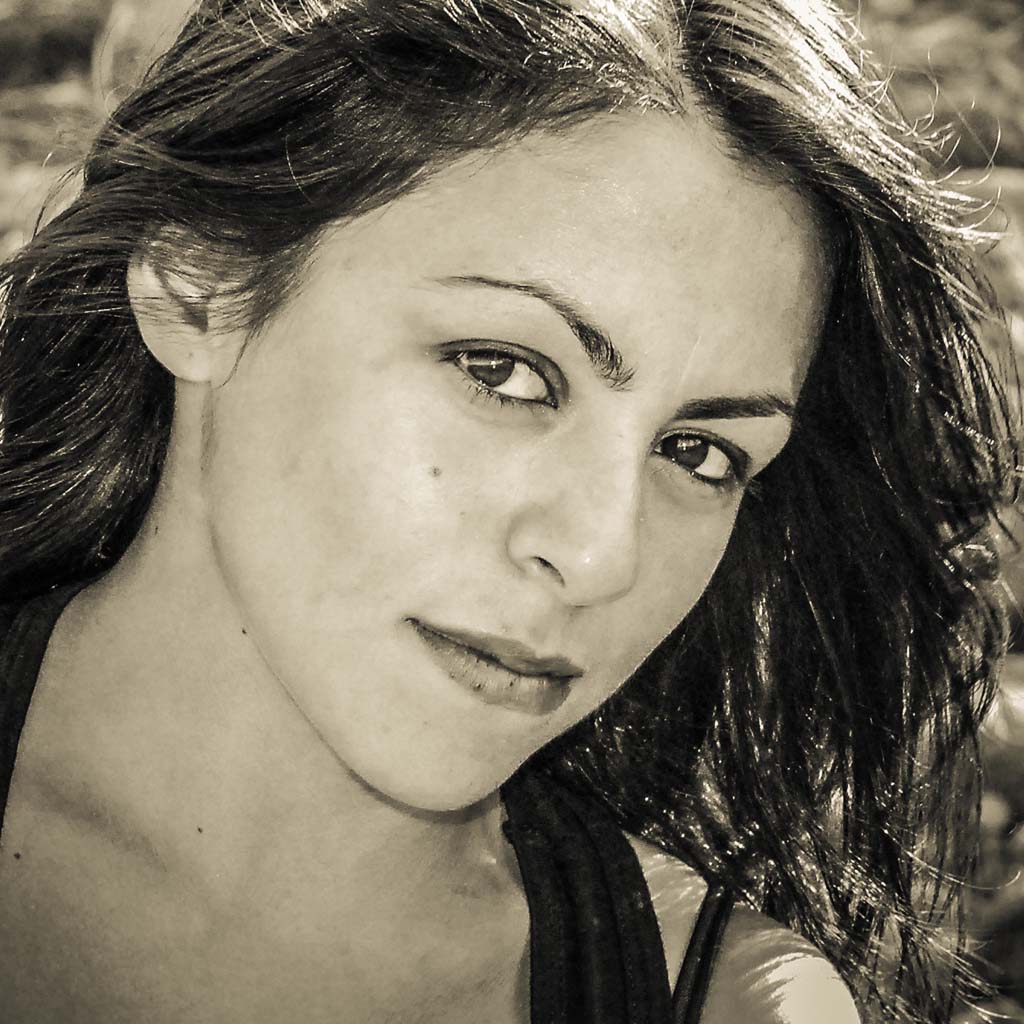 It is difficult not to be fascinated by such a unique and rich project like this. Passion, commitment and creativity: these are the words that come to mind when I think about Checkmate. It was an honour to be able to perform as one of the characters and I thank Davide for the opportunity. 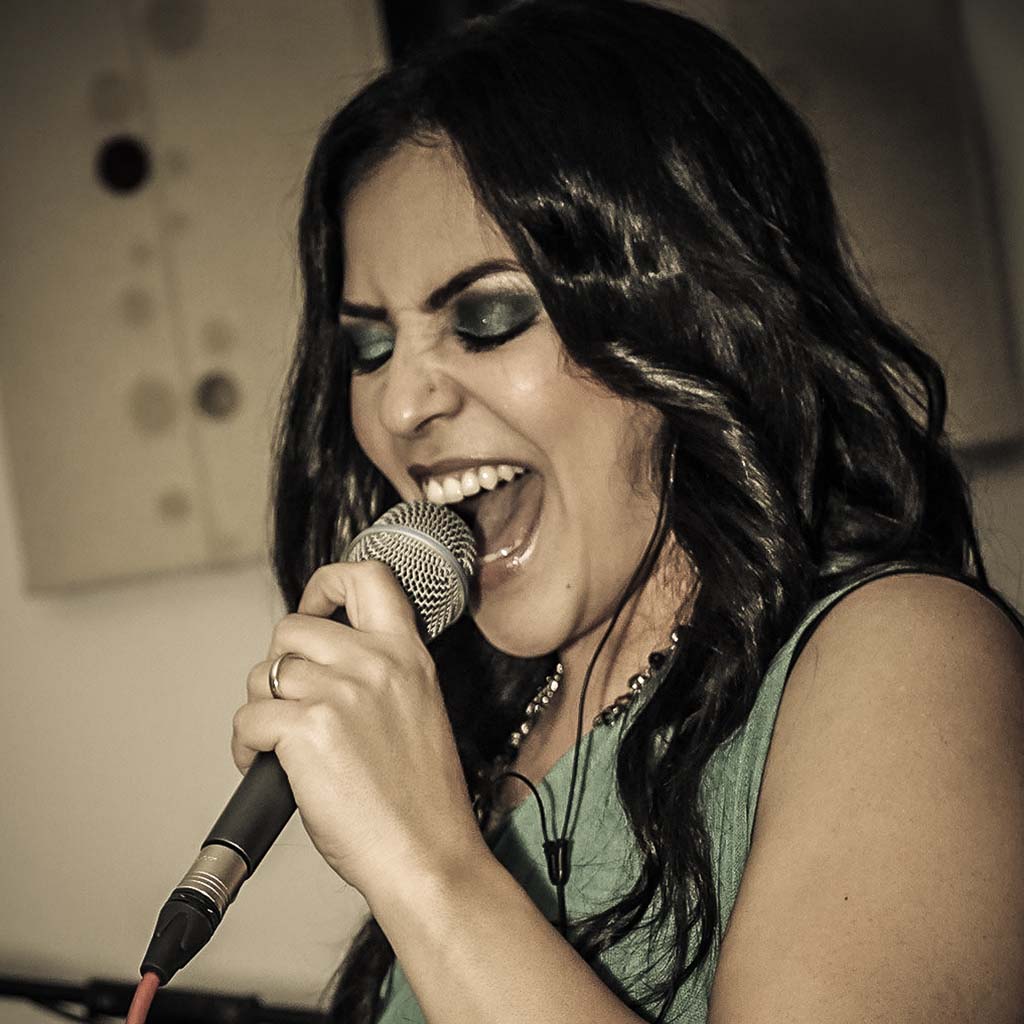 Through music I often find myself involved in projects full of soul and creativity and one of these is Checkmate: a work to read and listen; it was a very challenging and overwhelming experience for me, and I recommend it to everyone! A special thanks goes to Davide for choosing me, for his professionalism and his advice but above all, for its delicious teas! 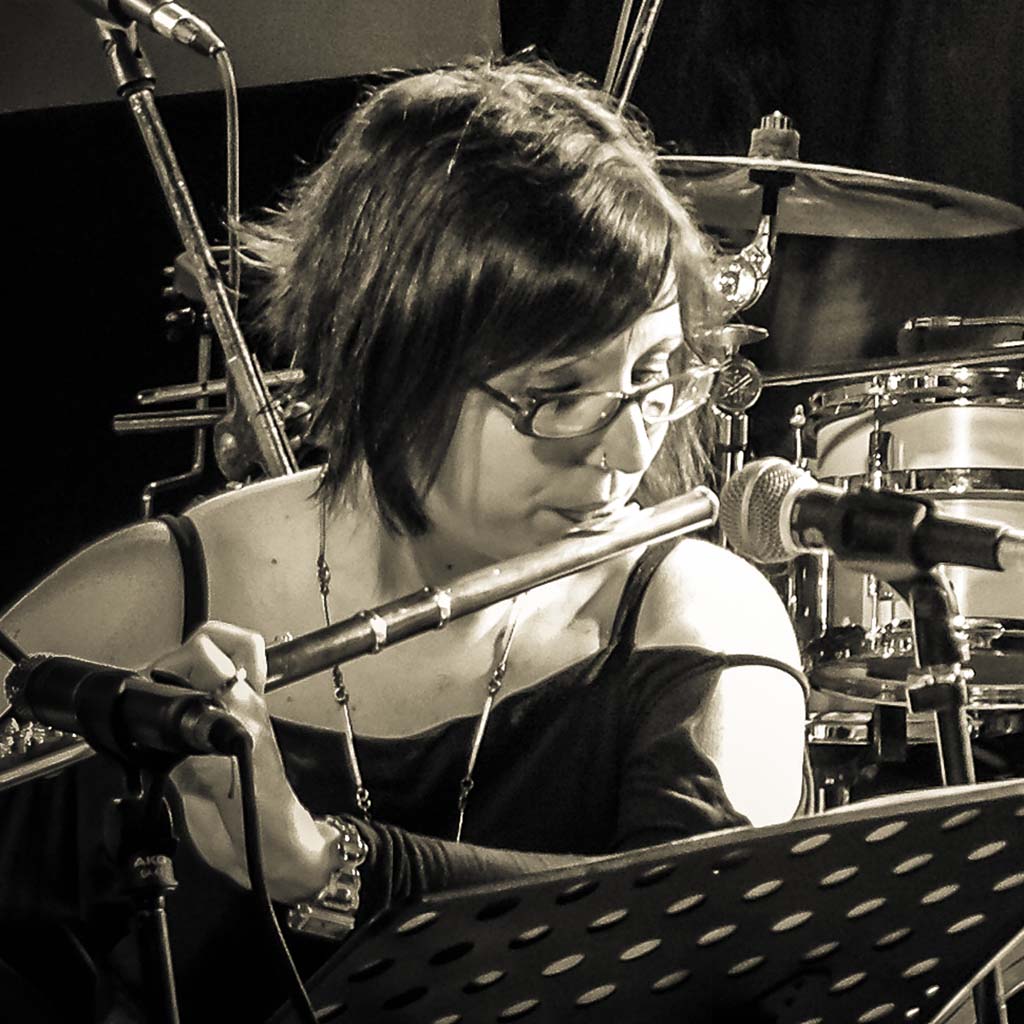 Participating in Checkmate has been a challenge since I never tried something like this before. It was very pleasing to help and collaborate with Davide to realize his dream. I want to especially thank him since during the recordings he made me feel always at ease and never under judgement: he helped me to grow as a musician and realize what I’m really capable of! 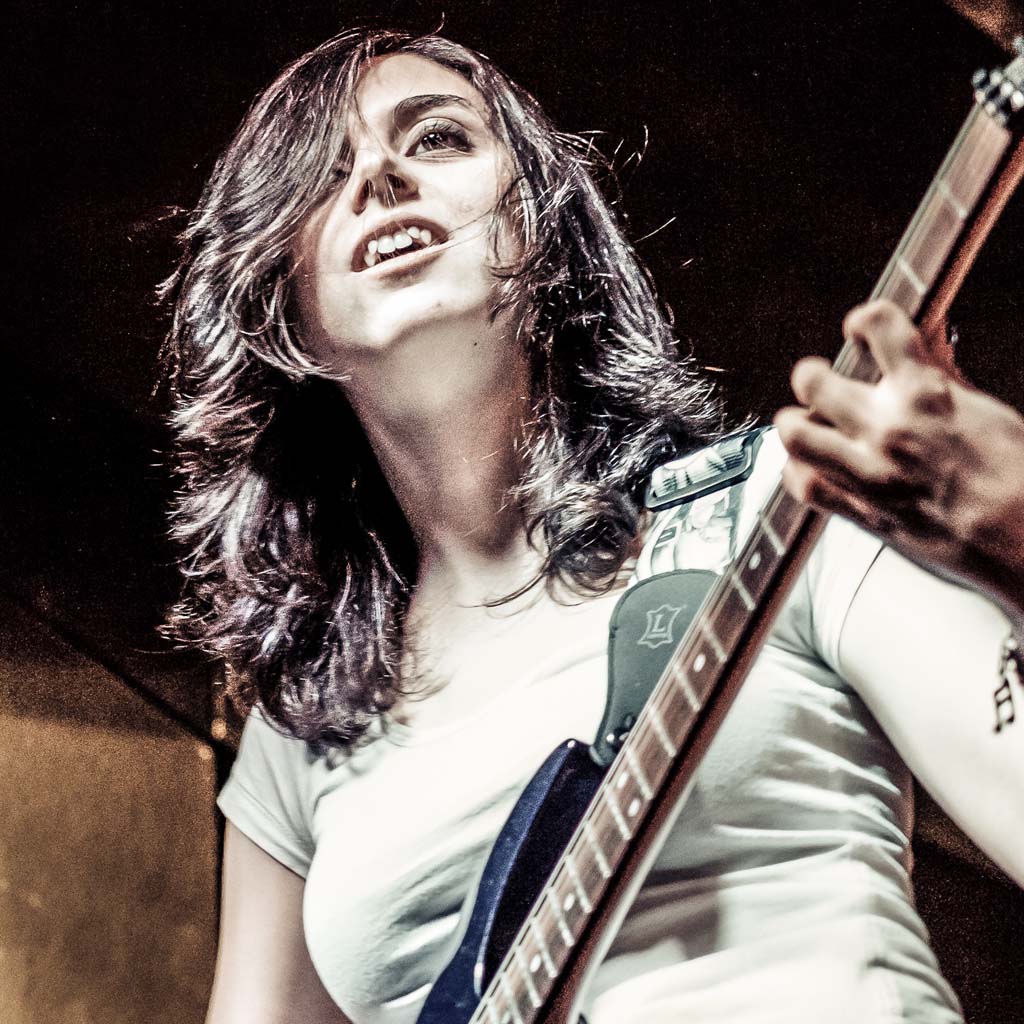 I met Davide while Checkmate was being written and since the beginning I saw the magic behind it. During these years I witnessed all the difficulties that he had to overcome, but now Checkmate’s ready and for everybody to enjoy! I am grateful to have had my little part in this opera with my guest solo: although is wasn’t easy dueling with Nicola, it certainly was fun! 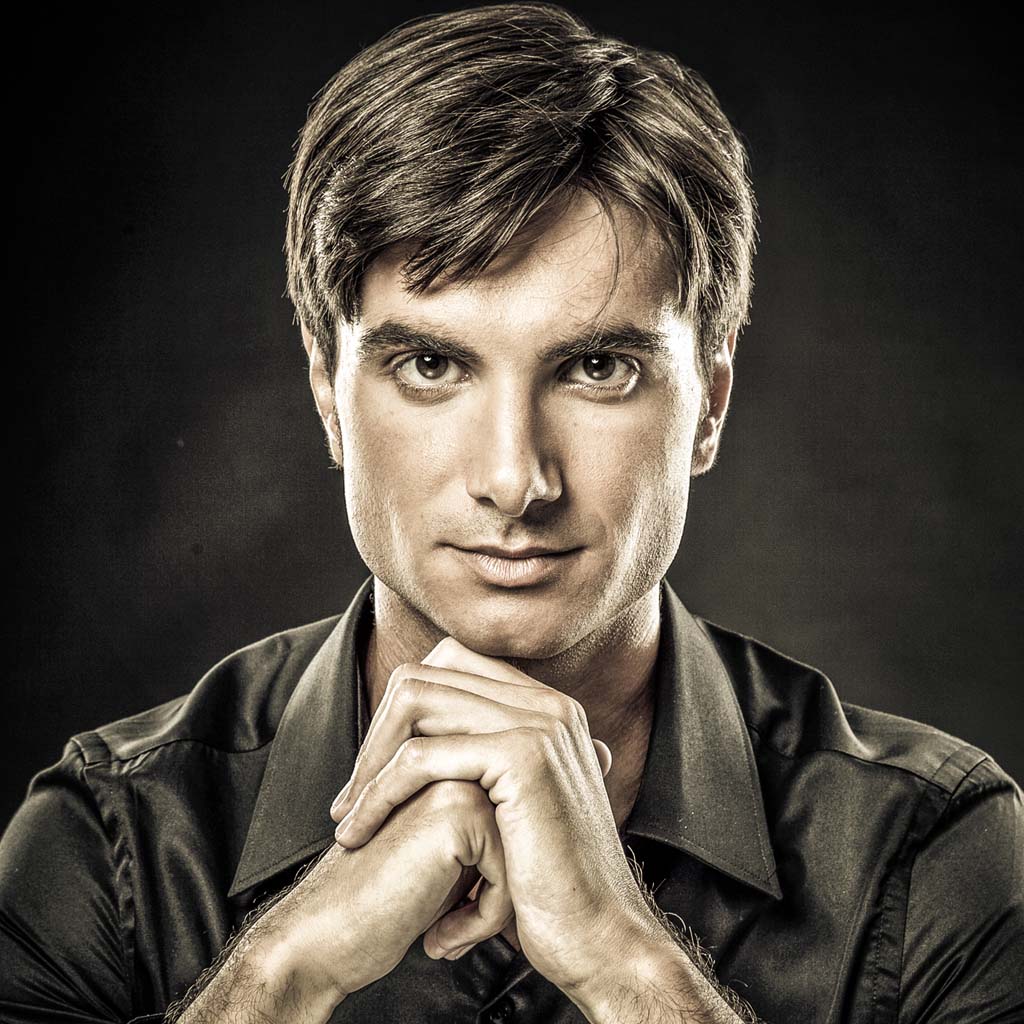 When I first heard about the Checkmate project I was absolutely enthusiastic and curious; during the recording sessions I had a great time with Davide and “the solo duel” with Simona has been very exciting. Being a guest musician has been an honour for me! 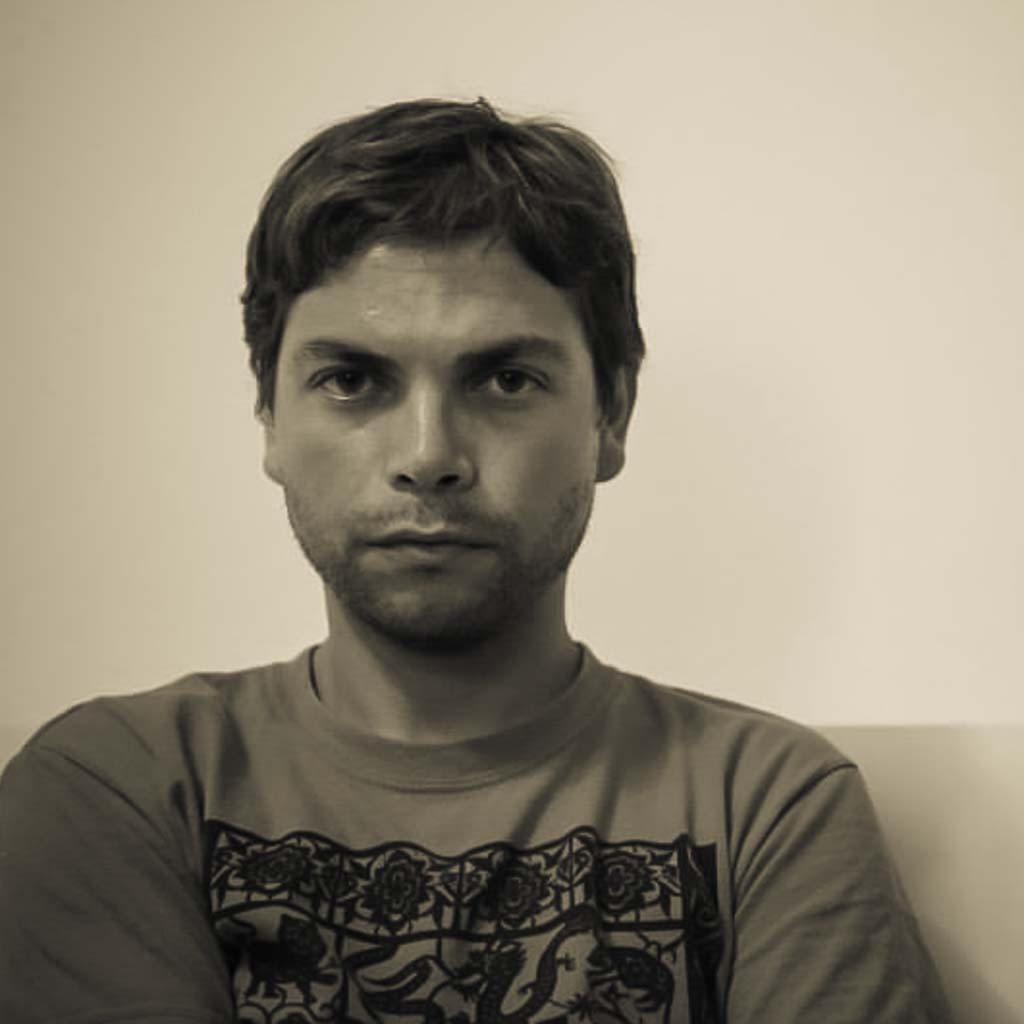 Ambiguous, conflicting, very interesting! Checkmate tilts back and forward developing tangled sequence of events that might drive you crazy for a little while but once you choose to follow carefully the plot and the characters you will certainly see the truth unfolded. Unusually conceived and very well recommended.